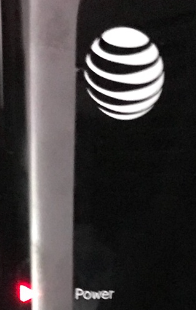 END_OF_DOCUMENT_TOKEN_TO_BE_REPLACED

Depending on how well you know me you may be aware of my aversion to talking on the phone.  It’s not so much that I hate talking on the phone as much as I hate how it totally destroys my ability to multi-task.  When I am working I will be handling a dozen or two different tasks at once on my computer without issue but the second I’m on the phone that all goes out the window.

Generally if I want to look into something or accomplish something I’ll find a way to do it via my computer which I can do without putting everything else I’m working on on complete hold.  Realistically I should have taken the time to find a local florist and called them up to arrange for the delivery of some flowers for my wife.  I instead went to “1-800-Flowers.com” to see if they could deliver today – and they could!

END_OF_DOCUMENT_TOKEN_TO_BE_REPLACED

Let me first begin by saying that I’ve had Comcast Internet and Television service for well over 4 years and for the most part I’ve been satisfied with the service itself.  I’ve rarely had to use customer service as generally I’ve not had issues with any of my services and when I did for the most part Comcast fixed those issues in a timely fashion.  I’m not entirely sure what has changed over the last year or so, but things have gone seriously down hill when it comes to customer service.  I’m going to do my absolute best to detail exactly what happened, how it happened, and why it happened so that you can hopefully make an informed decision as to whether you wish to go with Comcast, to continue your existing Comcast service, or to shift to/choose another provider.

On September 27th, 2010 my wife and I moved in to our new apartment a couple of minutes away from our old apartment and we had previously called to schedule Comcast to come out and perform a transfer of service to get our DVR Box and our Cable box online in our new apartment.  Comcast came out and performed the transfer of service free of charge and since we were moving into a larger apartment we opted to go ahead and get another digital box for one of our bedrooms while we were at it.  The technician that came out explained to me that this was his first installation where he was on his own and apologized ahead of time if it took longer than we expected.  I told the technician that I understood and that it wasn’t an issue. END_OF_DOCUMENT_TOKEN_TO_BE_REPLACED