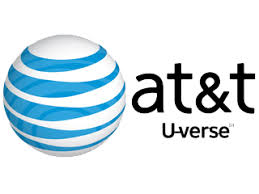 I reached out to AT&T Customer Service and explained the situation – that the power light on the modem was solid red and that the modem appeared to be dead.  The representative confirmed the modem was dead and offered to replace it via FedEx which would take a few business days.  I told the tech that our internet was critical to the operation of our business as well as our phone system and they offered to schedule a window for a technician to come out and replace the modem.

I asked if I could simply take the damaged equipment by a corporate AT&T store and swap it out and was initially told that I could do this.  A few minutes later I was told that this was not an option as we had uVerse equipment.  It is my understanding that the stores do have this modem but will not exchange it for damaged equipment.  I asked when a technician could be dispatched and was told not until 2 PM to 4 PM the next day.

Being that it is the weekend and we do have backup internet having the modem replaced early the next morning would be a non-issue but waiting until 4 PM is really not acceptable.  It should take all of 30 seconds for a technician to hand me a new modem and me to hand them the old one – we don’t need them to conduct an installation or any configuration.  I explained that I’d be happy to drive to an AT&T store to get the device or to even meet a tech somewhere to save them the drive here but the only option seems to be to wait for them to get here as late as 4 PM.

I have lost devices to lightning twice in my life – this being the second time.  Both instances of lost equipment were DSL Modems although at least this time around the only damaged equipment is the modem and no down-stream networking devices were affected.

All in all I’m disappointed that AT&T doesn’t have any sort of self-serve option for replacing damaged equipment especially for business customers who rely on the service they are provided for more than just streaming Netflix and browsing Facebook.  Until this hardware is replaced by AT&T our business phone systems will be offline and we will be operating on backup [cellular] internet.  At least on the bright side our backup cellular internet is substantially faster than the DSL AT&T is selling us at a premium.